NGO Volunteers working to improve education for children in Lebanon 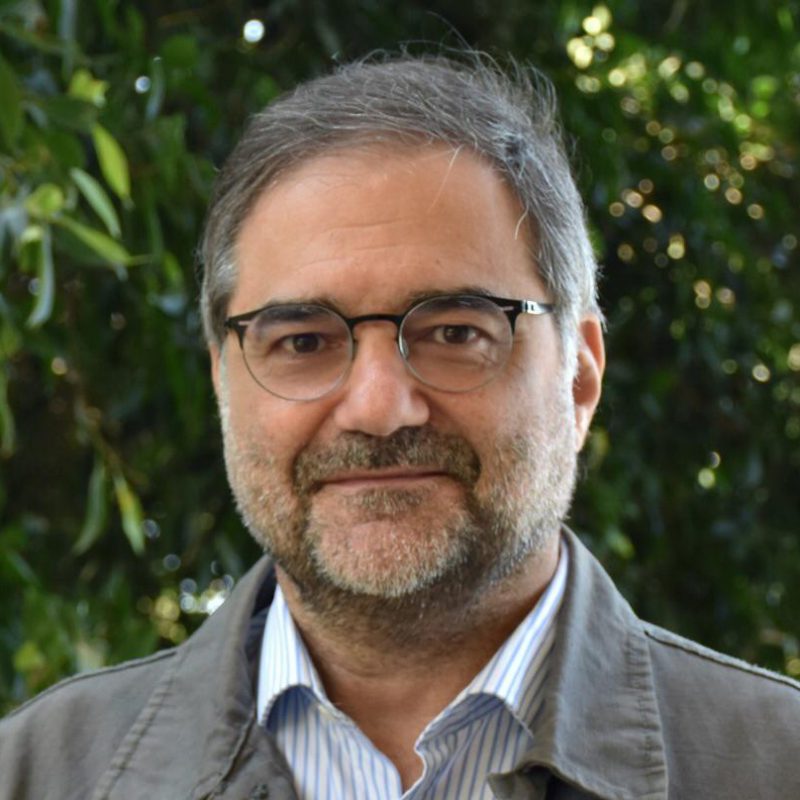 Joseph Bahout PhD, Non-resident Scholar at Carnegie Endowment for International Peace, Executive Director of the Issam Fares Institute of Public Policy and International Affairs
Dr. Bahout is executive director of the Issam Fares Institute of Public Policy and International Affairs at the American University of Beirut. He is also a non-resident fellow in Carnegie’s Middle East Program. His research focuses on political developments in Lebanon and Syria, regional spillover from the Syrian crisis, and identity politics across the region. Previously, Dr. Bahout served as a permanent consultant for the Policy Planning Unit at the French Ministry of Foreign Affairs (2009–2014). He was a professor of Middle Eastern Studies at Sciences Po Paris (2005–2014) and a senior fellow at Académie Diplomatique Internationale (2008–2014). He also served as a professor of political sociology and international relations at Université Saint-Joseph in Lebanon (1993–2004), and a researcher at the Beirut-based Centre d’Etudes et de Recherches sur le Moyen-Orient Contemporain (1993–2000). Dr. Bahout is currently an associate fellow at the Geneva Center for Security Policy, and a member of the scientific board of the Institut Français du Proche-Orient. He is the author of books on Syria’s business community and its political outlook (1994), and Lebanon’s political reconstruction (1998), in addition to numerous articles and book chapters. He is a frequent commentator in European and Arab media.
Read more 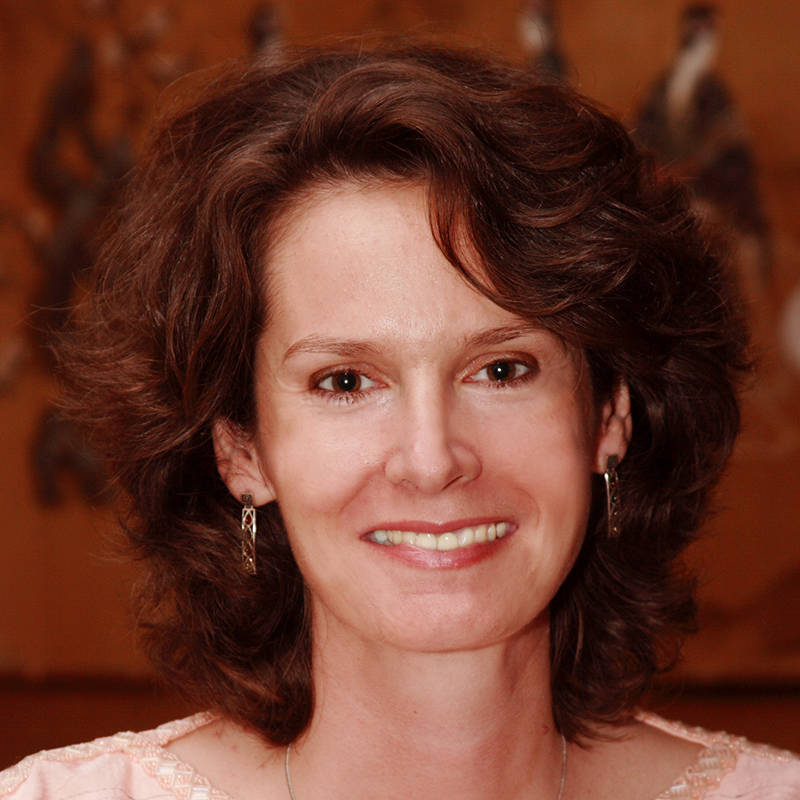 Marie-Anne Chidiac DPsych, Psychotherapist & Director of Relational Change
Dr. Chidiac is an experienced change and organisational consultant, coach, trainer, psychotherapist and supervisor. She has a background in consulting having worked with board level executives and led major change management programmes in both the public and private sectors. She was also Deputy Head of a Gestalt training where she developed and taught diploma and MSc level courses in psychotherapy and organisational change. As well as being a registered Psychotherapist and Supervisor with the UK Council for Psychotherapy (UKCP), she is co-founder of ‘Relational Change’, an organisation that works to develop relational skills in individuals, teams, organisations and communities. Dr. Chidiac is also an Accredited Coach and Associate of Ashridge Business School and author of “Relational Organisational Gestalt: An emergent approach to Organisational Development”.
Read more

Michael Chidiac FRICS, Chair of Alphabetical Order's board of trustees, Founder and CEO of RealCorp Luxembourg
Chief Executive with demonstrable working history in commercial real estate services, with a focus on asset management and capital markets advisory. Michael Chidiac is also a non-executive director with confirmed board-level experience in private and listed real estate markets, he serves on the boards of sovereign wealth fund, family office and investment and development funds. A fellow of the Royal Institution of Chartered Surveyors, Mr. Chidiac is an entrepreneur with European and Middle East business exposure. He began his real estate career in London in 1987, then moved to Luxembourg with Jones Lang Lasalle in 1998. He has since founded Inowai (formerly Property Partners) in 1999 then RealCorp in 2001, two leading Luxembourg commercial real estate services firms which were associated in their formative years with Cushman & Wakefield and King Sturge. Mr Chidiac holds a Masters in Finance from IE Business School, an MA in Property Valuation and Law from City University and is currently undertaking a research degree at the University of Cambridge. He is a member of the real estate committee at the American Chamber of Commerce in Luxembourg and volunteers as committee chair of the Cercle Libanais de Luxembourg, a non-profit community organisation based in Luxembourg.
Read more 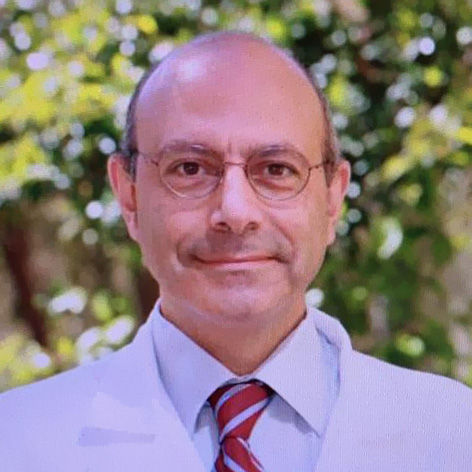 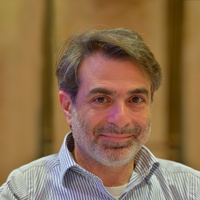 Arz Murr, Founder and Chairman of elbarid, elnashra, elbank and sKash
Arz Murr is a serial entrepreneur, founder & chairman of elbarid a pioneer in SMS banking and business SMS solution, elnashra a group of leading online news outlets, elbank for eBanking and mBanking solution, Hey-Pay mobile payment that evolved into sKash a Mobile bank coupled with a mobile payment. In 2000, he pioneered the usage of SMS in the banking field and elbarid introduced the “SMS notification for credit card usage” concept that became a standard in the fraud prevention for card usage. He led elbarid to become one of the major players in the SMS business in the region. In 2007 he launched elnashra.com a revolutionary online news magazine that rapidly became a leader in Lebanon and the Middle East. Elnashra.com news was soon followed by elfann.com an online “people” magazine, then elsport.com tackling the latest sports news and eliktisad.com delivering the latest financial news. All sites are today leaders in their fields. In 2008 and under his leadership, elbarid was among the first companies to offer a mobile banking application and started the R&D for the mobile payment application that evolved into Hey-Pay in 2013 and ultimately became sKash in 2018. Arz graduated from Ecole Supérieure des Ingénieurs de Beyrouth with a civil engineering degree specialized in enterprise management. He is member of the Lebanese order of engineers and architects.
Read more 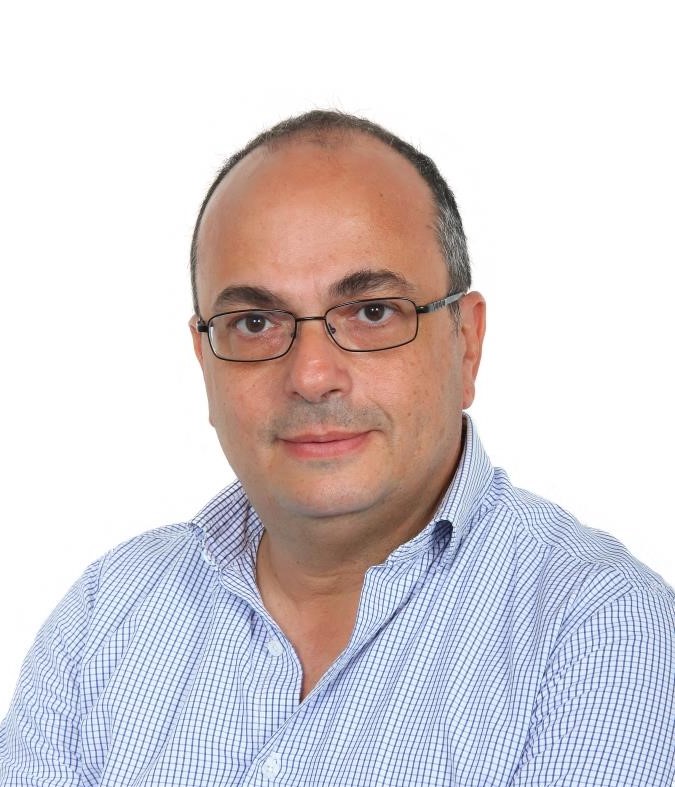 Serge Yazigi PhD, Architect, Founder and Managing Director of Yazigi Atelier
Dr. Yazigi, an architect, urban planner and head of Yazigi Atelier, is a regional consultant in sustainable development and has acquired experience working in several Mashreq and Maghreb countries. He established Yazigi & Sfeir consultants in 1998, then founded Yazigi atelier in 2005, an architecture firm that he still heads. Dr. Yazigi acted as a senior external consultant for Dar Al Handassah Taleb & Partners on all architectural and planning projects in Lebanon and the region for a ten-year period starting in 1999. As a Consultant he has been a team leader for several projects financed by international agencies and organisations, in relation with urban renewal and strategic planning in Lebanon and the region. He has provided land use planning for several localities in the Aley Casa, the Qannoubine valley and the Beitedine area. In 2007, he founded Majal, the Academic Urban Observatory (ALBA/University of Balamand) with the aim of facilitating research and assisting localities in the formulation of adapted development strategies. Moreover, he has directed several publications in relation to planning law and regulation. Dr. Yazigi has taught courses in architecture and planning at ALBA, Balamand University, the Lebanese University, Université Saint Joseph and the American University of Beirut. Dr. Yazigi holds a PHD in Contemporary History in the field of urban renewal from the University of Bordeaux 3, France.
Read more 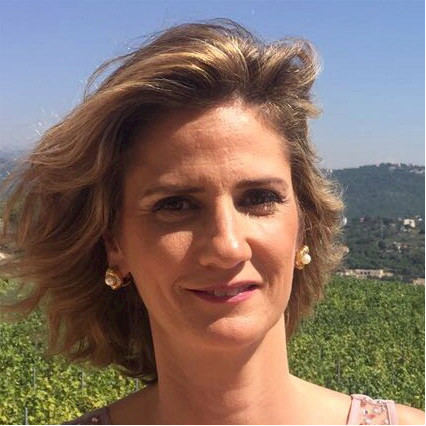 Mandy Chidiac Esta – Executive Director
Mandy is a finance executive and previous university lecturer with a background in tourism and travel management which she taught at Université Saint-Joseph (2005-2018) in Lebanon. She is currently CFO at RealCorp Luxembourg, a commercial real estate advisory and asset management firm and has been a board member of its parent holding company since 2001. Mandy graduated with a BA in modern languages from Royal Holloway, University of London and is currently completing a MSc in finance at the University of Aberdeen.
Read more 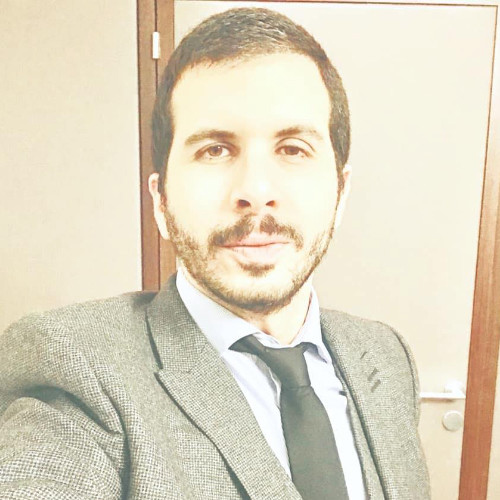 Fares Emmanuel – Risk & Compliance Manager
Fares is a certified internal auditor at JPMorgan Chase & Co, Switzerland, a position he has occupied since 2018 having previously served as a compliance officer (EMEA) from 2016 to 2018. Fares was also an auditor at the United Nations in Paris from 2014, providing assurance and consulting services designed to improve operations between Headquarters and Field Offices. He served as external auditor at EY Luxembourg from 2011 to 2013 and has worked in Nigeria before that. Fares holds a bachelor’s in Economics and Econometrics from the University of Lille, a Masters “programme Grande Ecole” from EM Strasbourg’s business school and an MSc Information Systems and Control Management from the University of Toulouse. Fares was a member and early supporter of the Cercle Libanais de Luxembourg asbl. He is currently an active member of Ordre Lafayette.
Read more 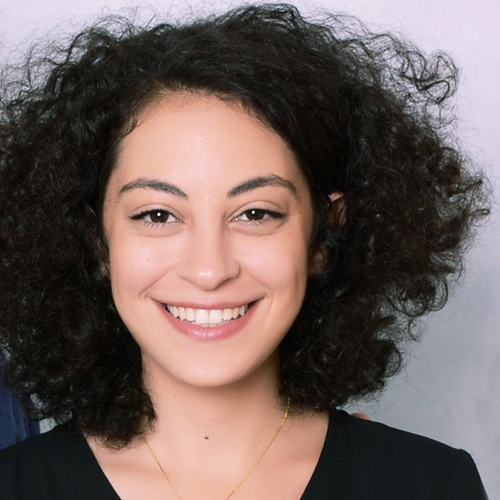 Samaya Mansour - Head of Education Projects & Research
A research, training and consulting professional with experience across the education field, specifically, education reform, leadership, teaching and youth empowerment. Working within the framework of social justice and human rights to ensure access to quality education for all. Driven by a vision to empower people, Samaya is currently a regional education research specialist at Social Impact and has previously worked at Modern University for Business and Science, UNDP and the American University of Beirut. Samaya graduated from the American University of Beirut with a BA in Education and a Diploma in Educational Management and Leadership. She holds an MPhil in Educational Leadership and School Improvement (Merit) from the University of Cambridge.
Read more 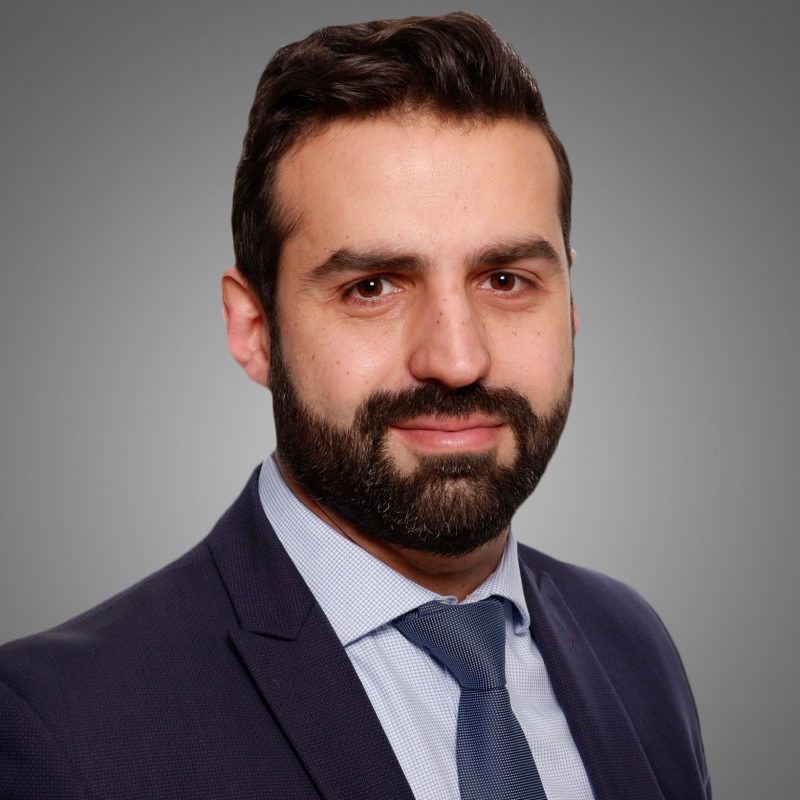 Tanios Assaf – Finance Manager
Tanios is a Finance & Process Manager who works for global companies mainly Insurance, Reinsurance and Banks. He started his career in External Audit at BDO Lebanon then moved to Paris and became a senior consultant in International Control & Consolidation, Regulatory Reporting and Project Management for banks like ABN AMRO and Natixis. In 2013 Tanios started to work in Insurance and Reinsurance in the CFO/COO area for EMEA headquarters namely for AIG in Paris and SwissRe in Luxembourg. Tanios holds a bachelor’s degree in business & Administration from USJ Lebanon, a Masters in Economics & Management from Paris 1 Sorbonne University, a Masters in Finance from Business School in Paris and other international certificates. Tanios has been a volunteer in multiple not-for-profit associations in Paris and Lebanon.
Read more 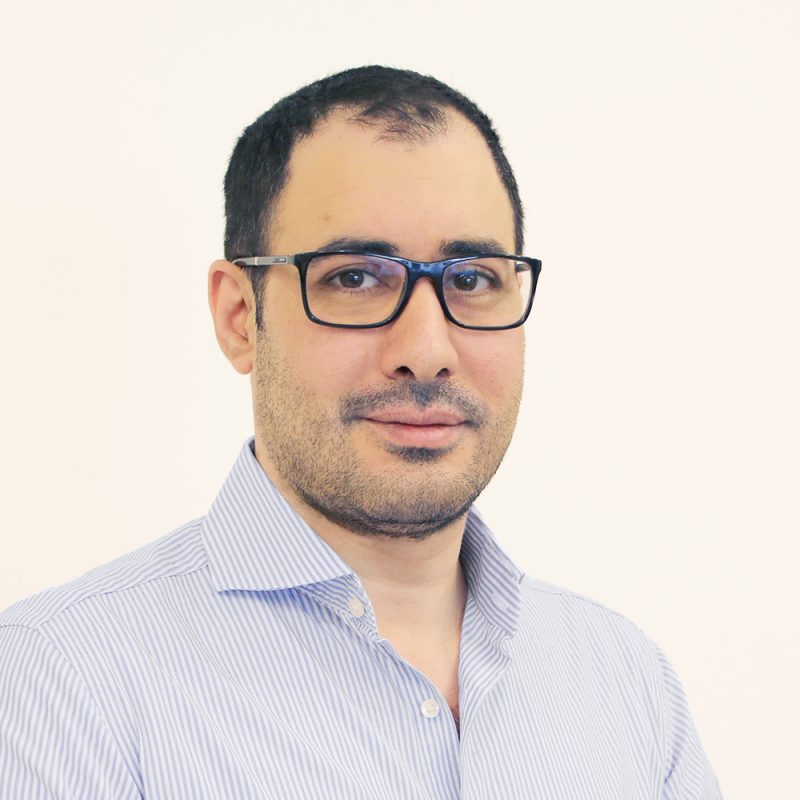 Nibal Houry - Development and IT Manager
Nibal is a versatile and solution-oriented Development Manager with 17+ years of extensive technical and business experience in product management, IT operations, Web development, User Experience, and Digital transformation. Founded and led an online agency for over 13 years, which focused on high-end social and web projects for leading local and regional companies, coordinating on the implementation from ideation to conception. Nibal graduated with a BS in Information Technology and is currently completing a MSc in Digital Security and Forensics.
Read more 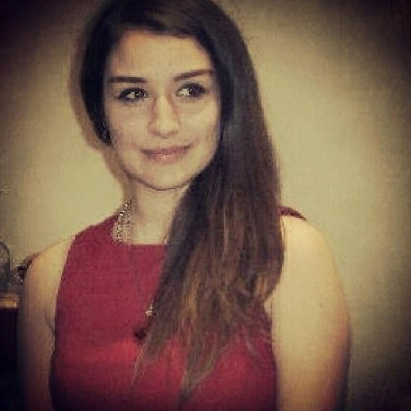 Shaghig Chaparian
Shaghig Chaparian has a Bachelor of Sciences in Biology and a Teaching Diploma in Secondary School Sciences from Haigazian University. She has a Master's degree in Science Education from the American University of Beirut. She has worked on various research studies as a research assistant. Her research interests are science education for informed and active citizenship and sustainable development. Shaghig is a university instructor and has seven years of experience, teaching sciences in Middle schools. She works on several developmental projects with local NGOs.
Read more 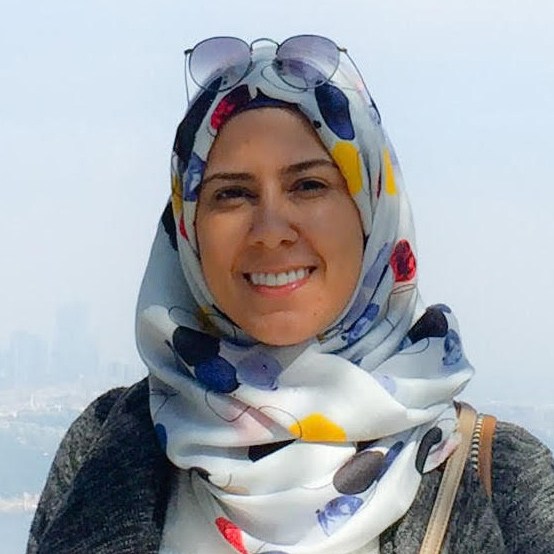 Suha Harb
Ms. Suha Harb is an Education consultant, university lecturer and specialist in educational leadership and school-based reform. Ms. Harb has more than twelve years of experience in the field of Education. She has been a university lecturer for education courses and a trainer on educational research. She has also worked as a trainer and consultant for school principals, teachers & supervisors to plan and implement school-based reform initiatives that would lead to organizational development and improved student learning. Ms. Harb has also been a research consultant for graduate students pursuing graduate and doctoral studies in education. Ms. Harb has a Bachelor of Arts (BA) and Teaching Diploma in Elementary Education from the Lebanese University, and a Master of Arts (MA) degree in Educational Administration and Policy Studies from the American University of Beirut. She is the recipient of The Fuad Haddad Award for best thesis in Education at the American University of Beirut.
Read more

Samaya Mansour
A research, training and consulting professional with experience across the education field, specifically, education reform, leadership, teaching and youth empowerment. Working within the framework of social justice and human rights to ensure access to quality education for all. Driven by a vision to empower people, Samaya is currently a regional education research specialist at Social Impact and has previously worked at Modern University for Business and Science, UNDP and the American University of Beirut. Samaya graduated from the American University of Beirut with a BA in Education and a Diploma in Educational Management and Leadership. She holds an MPhil in Educational Leadership and School Improvement (Merit) from the University of Cambridge.
Read more